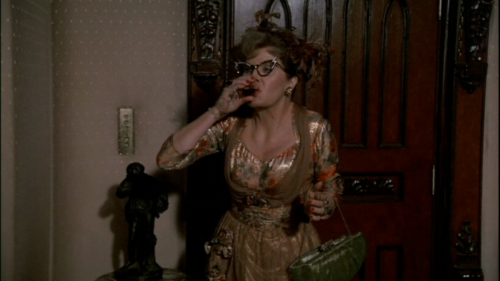 Could you use a break? Do you need a drink to go with that break? Well, you’re in luck! I’ve got some beverages to wet your whistle.

Now go grab your chilled glasses, a shaker, buckets of ice and be ready to go and have a drink with me and the movies! 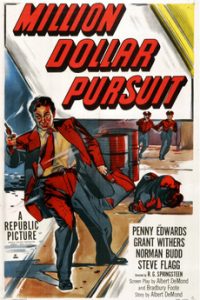 MILLION DOLLAR PURSUIT (1951) – Who doesn’t want an easy score? That one big break?! Well, if you’re a guy full of potential, but everyone thinks you’re just some small-time crook not amounting to much you can show ’em what’s what. That’s just how things are for Monte. He’s got plans! “One of these days…pull something really big!” Just wait, he’ll show you just what he means! Yup.

Monte gets his hands on a fancy key from an apartment store cashier safe! And like a guy of his nature he can’t help but do some bragging about the potential for a big score! Monte’s drink choice was a Scotch and Soda, with a twist, but heavy on the scotch.

Scotch & Soda, with a twist

You’ll need 1.5 oz of Scotch Whisky and 6 oz of Club Soda. Take a glass filled with ice, add the Scotch Whisky first and top it off with the Club Soda. Garnish the glass with a lemon twist. 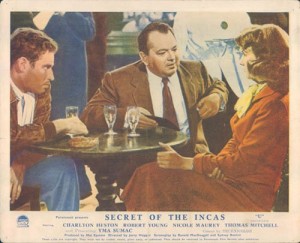 THE SECRET OF THE INCAS (1954) – Are you ready for an adventure? Are you interested in archeology and old artifacts? Want to see a strong, suave hombre in action? Well take a little trip to Peru with this this movie and see Charlton Heston in his leather jacket and hat as he sweet talks his way into a geological dig for some Incan Gold! This movie absolutely inspired Indiana Jones, just watch and see what I mean!

But, let me tell you, Mr. Heston is a real rough around the edges kinda man, and I didn’t like him all that much. I know I was supposed to though, because he is playing a man’s man! Bah!…Heston is just a selfish scammer and he sort of treats a lady to a Whisky Sour.

This fine libation is made with whisky, lemon juice, sugar, and a dash of egg white (egg white is optional, depending on who makes it.) Take 2 oz of whisky, 2/3 oz of lemon juice, a teaspoon of superfine sugar and pour it into a shaker along with some ice. Give it a good shake and then strain the drink into a glass filled with ice. 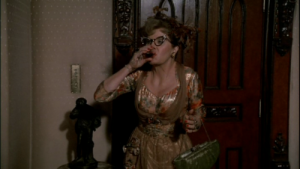 CLUE (1985) – The movie based on a board game. Re-watched this one a while back with some pals and we all laughed at the fun. No matter how many times I’ve seen this movie I still find myself giggling at the same jokes.

How can you not love this little murder mystery movie with the pale and tragic Mrs. White, Klutzy Mr. Green, Sexy Miss Scarlet, and the Butler Wadsworth? Well the alcoholic beverage of choice in CLUE was Cognac.

Cognac: Distilled Brandy from Cognac, France. Pour the old aged Cognac into a glass and sip away! 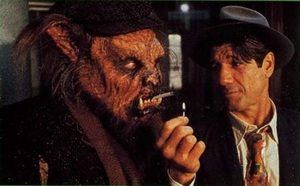 CAST OF DEADLY SPELL (1991) – It’s 1940’s Los Angeles. The streets at night are wet and shiny. Every classy dame is dressed in a gown and you can light your cigarettes without matches because you’ve got magic hands! This detective film is filled with gore and stars Fred Ward as a detective who doesn’t delve into the Supernatural. He believes in real work and making an honest living. There’s two drinks from this flick! Clink, Clink!

Grab an old-fashioned glass. Add 2 oz of bourbon whiskey and 4 oz of water and stir. Tah-da! Bourbon and Water, whicn you can garnish with a twist of lemon peel to be fancy!

Scotch Sour (Back once again! Them classy folks love this libation.)

I would recommend checking out CAST A DEADLY SPELL if you’re looking for a horror movie this Halloween season! The gore will satisfy! So have a drink, relax and be safe with each sippy sip! Yup!