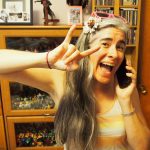 Movies here and movies there, I watch them when I can! The world is crazy and crazier each day but I still have movies to entertain me, distract me, and make me happy. So yeah, I’ve leaned more towards fun movies that deliver me the happy thoughts more than anything as of late. Now, here’s what I’ve been watching since a few months back in the Summer Fun times up to right now! 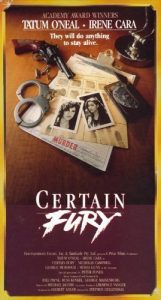 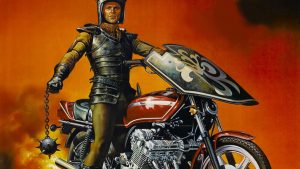 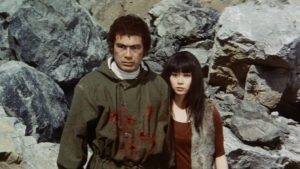 My big favorites and highlights among the new movies:

BATMAN & HARLEY QUINN, which I saw at Comic-Con with a crowd of my fellow Comic-Con nerds. The more adult cartoon from WB had good laughs. Nightwing + Harley…ooohhh indeed! (Yea for BOOSTER GOLD cameo!!!!!) 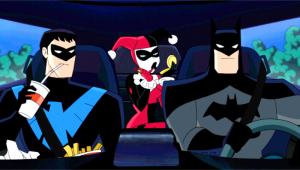 The Ida Lupino ROAD HOUSE was a good find, I had discovered the sheet music for it (which I gave to my sister) and then rented the movie at good old Vidéotèque. Ida Lupino is one of my favorites! Ida is a singer who came to a little night club, where the owner, played by Richard Widmark, thought he had dibs. Well, old Widmark couldn’t take it when she fell in love with his bestfriend/partner. When a lady know what she wants, don’t get in her way! 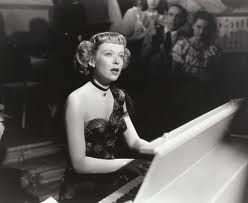 COLOSSAL was one of the more serious films I’ve watched, even if it had a giant monster, as of late. It wasn’t a movie that made me happy, and it sure did make me anxious as it really captured the toxic male culture that affect women, but all in all it ended just right. 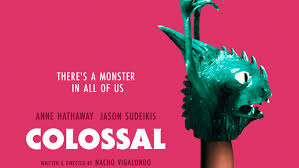 My most FAVORITE, favorite, favorite discovery has to be a trilogy, from DVD’s found at the South Pasadena Library. The Maiku Hama trilogy: THE MOST TERRIBLE TIME IN MY LIFE, THE STAIRWAY TO THE DISTANT PAST and THE TRAP, all starring Masatoshi Nagase (from Mystery Train)!!!!!! Masatochi is detective Makiu Hama, that’s his real name, and through the course of three films and strange cases I absolutely fell in love with this world. I can’t understand how I never heard of these films back in the 90’s and now I just want to seem them all together on a big screen!!!! (Hey do I know any programmers who can make a girls dream come true???) 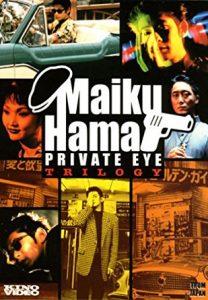 My other October Halloween highlights with things I had never seen before include DRACULA, starring Jack Palance and BEWARE! THE BLOB, which was directed by Larry Hagman. First off DRACULA was a good fun straight forward take on Bram Stoker’s world. Palance was a tough vamp for sure. Then BLOB, just a silly movie, where a fun cast of actors let themselves get gobbled up by the globby pink/red mass. Cindy Williams, Burgess Meredith, Gerrit Graham were a few fun faces to see. How can you not enjoying watching some hippy dippy, avocado sandwich eating kids get attacked in a little town. Hee, hee! So bad it’s good! 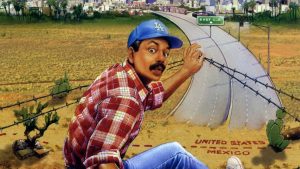 Dave and I were on vacation and we got to have a very special movie outing, checking out the re-release of CLOSE ENCOUNTERS OF THE THIRD KIND. It was at an awesome spot in Portland and we were the only ones in the theater!!!! WOOT!!!

Later in September, when I threw out my back I was stuck in my bed and got a chance to re-watch some fun films I had on DVD: MARY POPPINS, HOT FUZZ and ROCKY HORROR PICTURE SHOW which sure made a strange marathon. 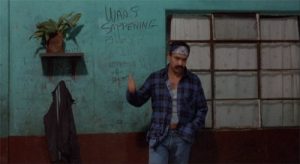 My sister and I had a rare date night, and we got to see a 30th Anniversary screening at the Academy of BORN IN EAST L.A. with Cheech Marin, Paul Rodriguez and Kamala Lopez Q&A. Let’s hear it for the chicanos!!! Seeing this movie on a big screen was a dream come true. I’d only ever watched it on Cable and on VHS. Seeing it with my sister was super duper special! It is one of her all time favorites, by the way! WAAS SAPPENING!!!

For October I was so very happy to finally get to go to a horror movie marathon! I trekked on down to THE FRIDA CINEMA and saw a bunch of movies, if you haven’t read my movie report it’s right here:  http://shempcat.com/camp-frida-outing/ 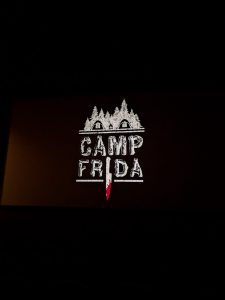 And with that I’ll wrap up my ramblings and get back to movie watching! Today is THOR DAY and so I’ll be getting some superhero movie fun in just a few hours!

Hope you’re having fun in movie watching land! Let’s all enjoy the films so we don’t go crazy in this crazy world! Yup.